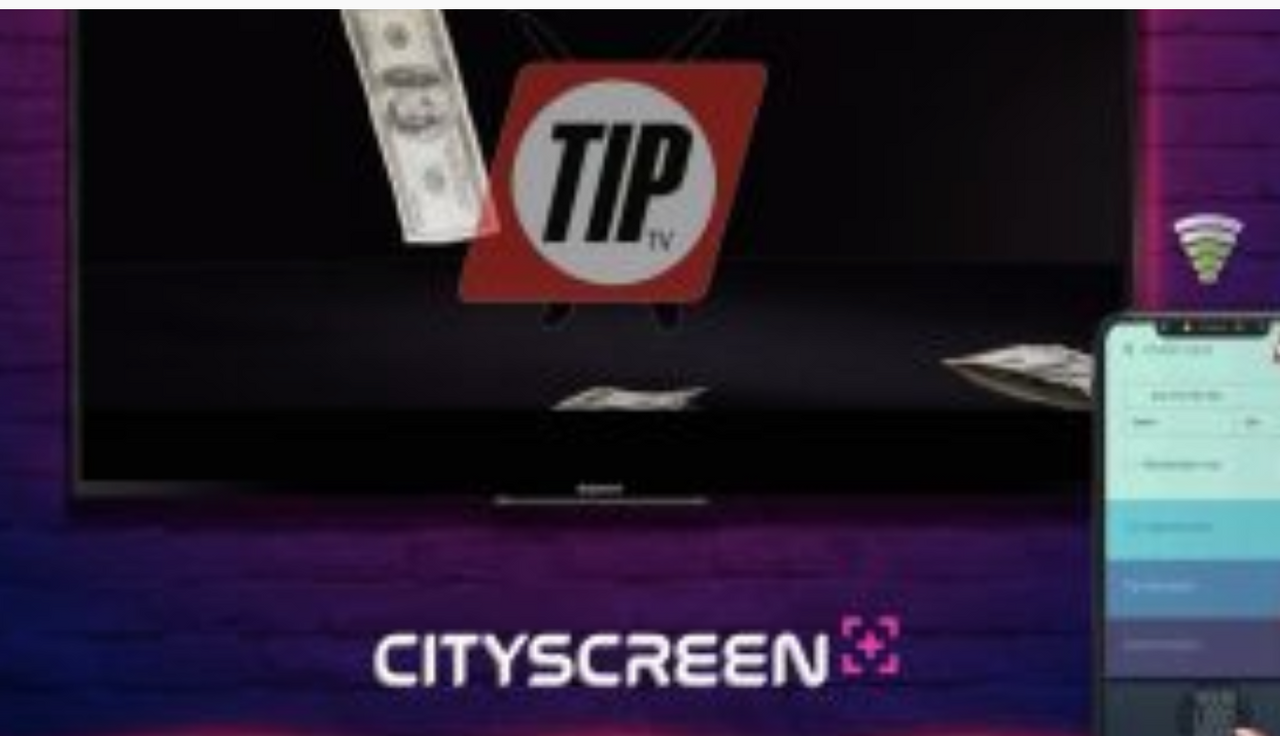 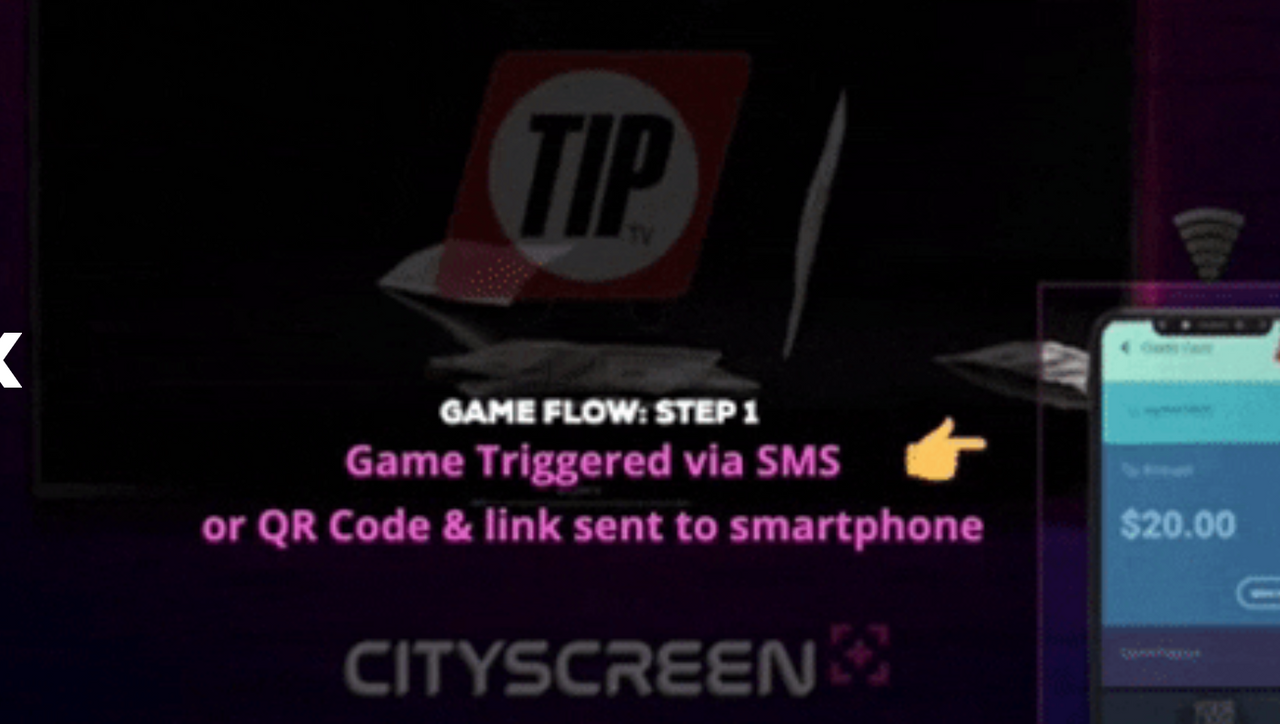 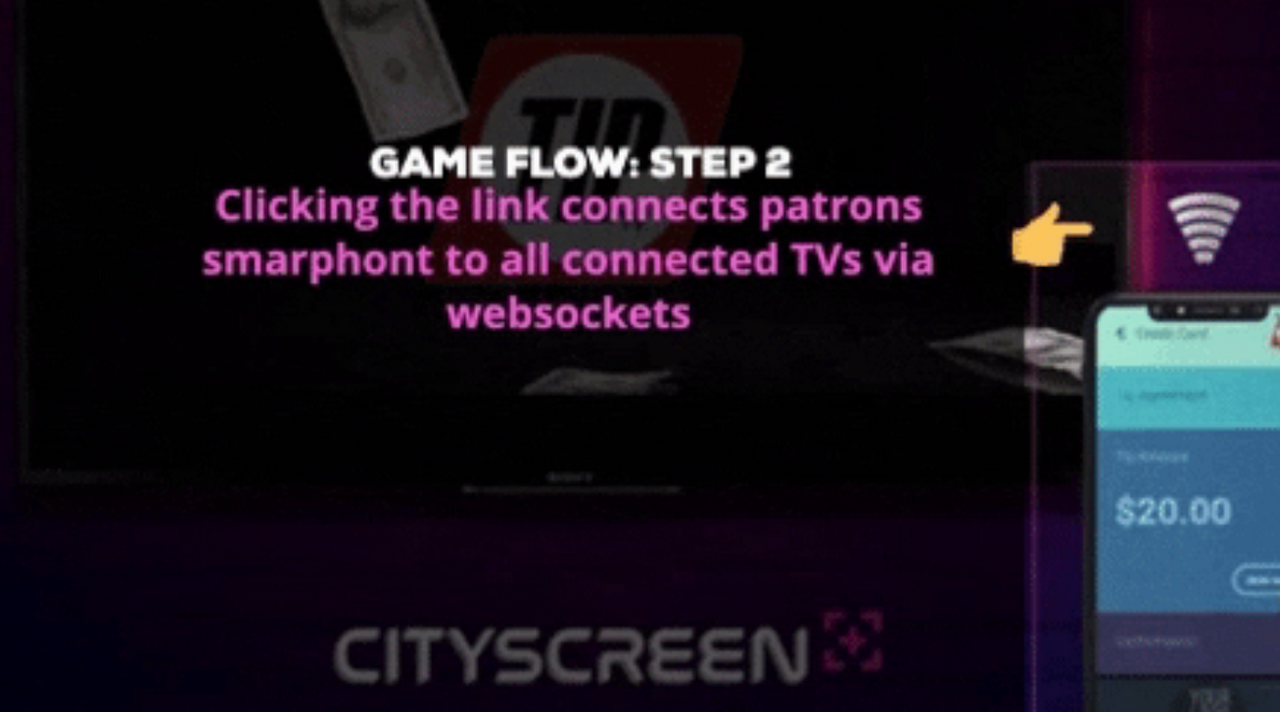 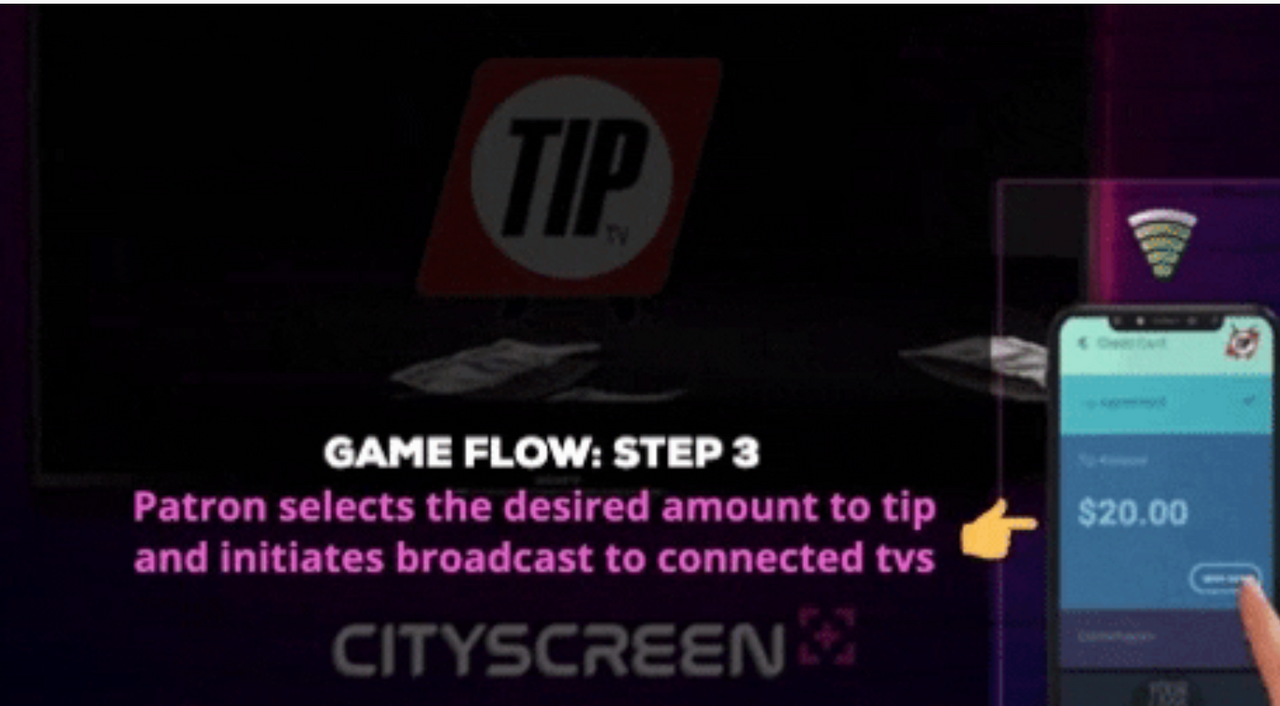 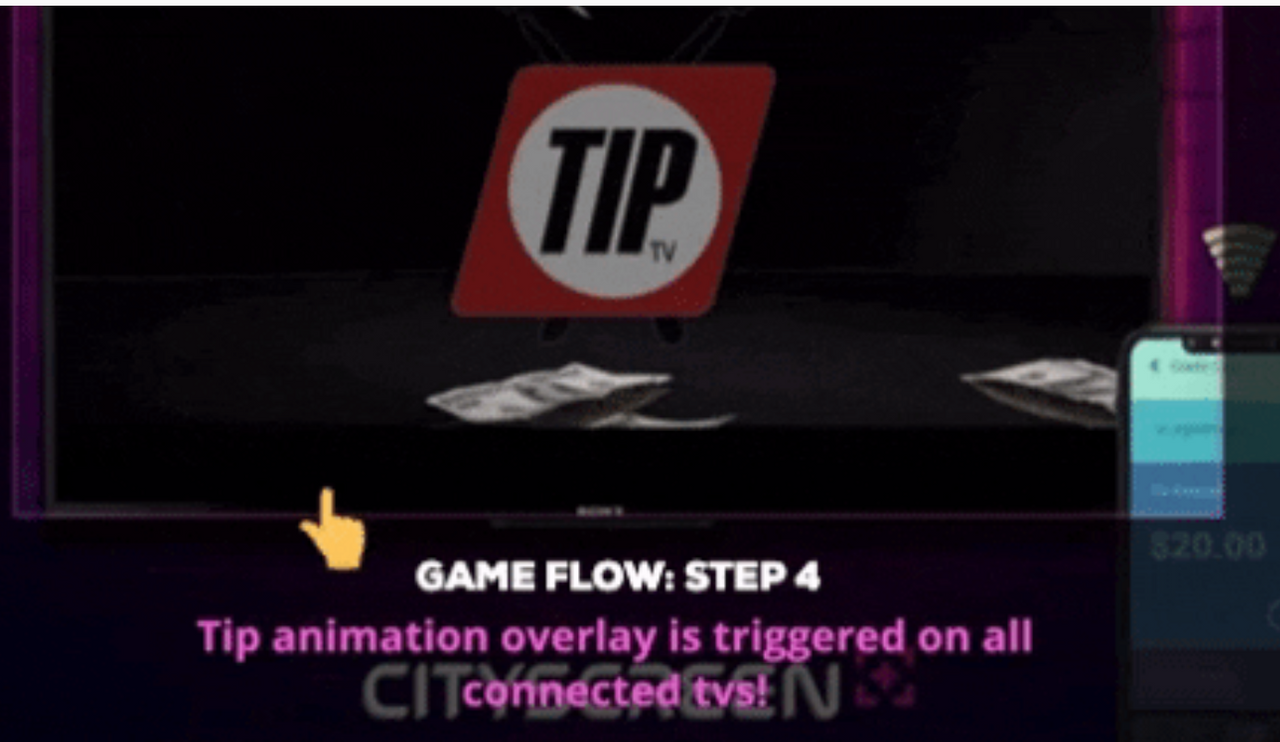 Tip TV is an interactive Smart TV Tipping App that adds an element of gaming to the custom of tipping service providers. Tip TV is a Smartphone-To-Screen Game application developed to entertain audiences and drive tipping behavior in a fun new way at locations where tipping is customary (i.e. bars, restaurants) it’s also a powerful application that non-profits can use to drive donations.

Patrons are prompted to engage with the smart tv tipping app via a rotating splash page which is displayed on a locations public facing smart tv. The owner / operator can choose to engage patrons by providing a custom telephone number they can send a SMS text message to or display a QR code which instantly links the tipping app to the patrons smartphone (both the sms text number and the trigger message are fully brand customizable). The application responds with a link and a customizable message from the game and initiates the tip / donation process. The link opens the remote control web application from the patrons mobile phone browser and instantly connects to the host tv via web socket – a connection indicator on the game screen is presented once a secure connection has been established. From there, the patron is prompted to select a tip / donation amount and then initiate a tip which is broadcast up to all connected tvs. Upon firing the tip / donation button, the host TV tip animation begins and displays a fun and attention grabbing sequence on the big screen. Tip / donation alerts are sent to the onwer / operator via the tipping app and to the patron confirming the funds transfer.